The Chinese government will invest about $ 103.8 billion in key projects, of which more than 40% is from bank loans.

The Ministry of Information Technology and Technology (MIIT) of China today announced it would invest about $ 103.8 billion in 105 projects across the country, of which about $ 43.9 billion came from bank loans. .

China Development Bank (CDB) has agreed to lend about 18.3 billion USD to develop 24 projects. The CDB said it granted a $ 36.6 billion credit line for these projects at the end of March, meaning the opening of the flow of government loans to finance important Chinese projects.

However, MIIT and CDB have not announced the list of eligible projects.

The rare direct coordination between MIIT and CDB in financing key projects is part of the new "dual circulation" strategy introduced by China. Under this plan, China will seek to create a technological breakthrough on its own and cut dependence on imported products amid a prolonged trade conflict with the United States. 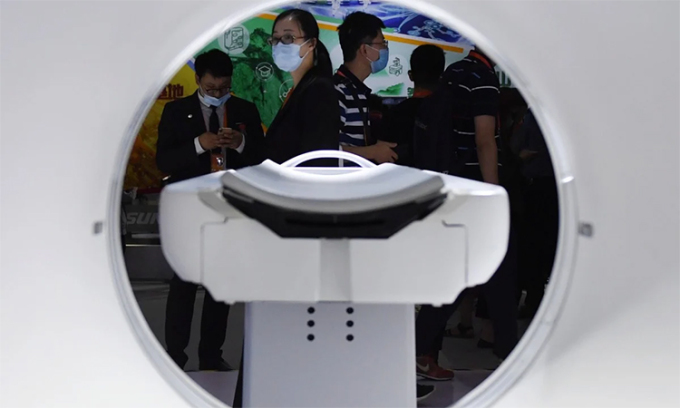 Visitors view the CT scanner on display at an exhibition in Beijing, China, on September 6. Photo: Xinhua.

The Chinese government has issued a series of policies to promote development in the semiconductor manufacturing industry. Increased state intervention in the economy could become the topic of discussion during a meeting between Chinese President Xi Jinping and leaders of EU member states led by German Chancellor Angela Merkel. First, scheduled to take place on September 28.

One of the major obstacles to the signing of the EU-China investment treaty is that European countries require China to reduce the level of resistance for domestic industries to create a level playing field for foreign businesses.

The increasing participation of the state in industrial development raises concerns about waste and inefficiency. China has tried to develop its solar and electric vehicle industries through state planning, but has resulted in excess production. Some high-end chip manufacturing projects in China have failed despite considerable support from the local government.

According to a circular issued by MIIT in April, the low interest rate credit line from ODB for a project can be as high as $ 146.2 million. The projects eligible for the concessional credit must be in modern industries such as information technology, new materials, high-end equipment, energy-efficient or new energy-efficient vehicles, and medical and pharmaceutical equipment, technological innovation for traditional manufacturing projects, new infrastructure projects such as 5G telecommunications networks and big data centers.

These sectors resemble the list of key industries listed in the "Made in China 2025" program, the state plan to create national "champions" in the advanced technology sector. go ahead with the support of the Chinese government.

China had to shelve this plan after being strongly opposed by the US and Europe. Although China does not mention "Made in China" in public, the government still embraces its ambition to use state power to create "top business" in industries. 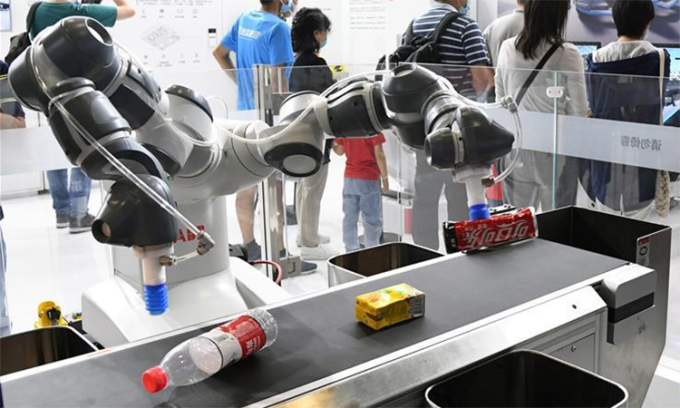 The MIIT and CDB joint program is part of China's effort to achieve "high-quality development in the manufacturing sector", after many of the country's businesses, including Huawei, were taken over by Washington. blacklisting and restricting access to US products or technology.

MIIT is dealing with the impact of US policy and the Covid-19 pandemic, and has to deal with long-term problems such as pushing the national production base. MIIT is drafting a new development plan for the 2021-2015 period according to the new self-reliance strategy of Chinese President Xi Jinping.

MIIT is drafting a 5-year plan to promote the big data, software, information technology and telecommunications sectors "with clear development goals and tasks", Minister Tieu A Khanh said at the forum. in the framework of the China International Service Trade Fair last weekend.

Mr. Xi supports the establishment of Beijing free trade zone
Beijing resumed international flights after 5 months
Biden is hard to 'lose and lose' in terms of trade with China
China says the United States will take advantage of its own economic isolation
Mr. Tap: Marxist political economy is the 'development foundation'