It was a month of price increases for the majors, with a solid last week bringing the upside, coming from behind the EU to bail out.

During the beginning of the month, economic data and lockout measures were considered for specializations. There was also disappointment over the COVID-19 aid package and increased tensions between the United States and China.

Sentiments have changed, however. DAX30 reversed a loss of 3.65% from the first half of the month.

Economic data, easing lockout measures and moving towards the COVID-19 vaccine brought recovery in the second half of the month.

While member states eased lock measures in May, the downward trend in new coronavirus cases continued until a slight increase at the end of the month.

This trend allowed governments to announce plans to eliminate border controls, which boosted demand for travel and tourism stocks.

Banks are also moving in the hope of a proactive economic activity that provides support. 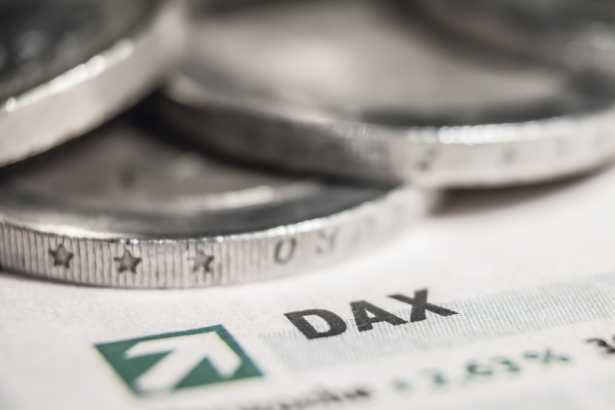 In the last week of the month, the EU announced a recovery fund of 750 billion euros, which also helped the sector to increase sharply. For European majors, the lion's share of profits comes from the last week. The recovery fund will not only support economic recovery but also pour cold water into any suspicion that the EU project has questioned.

It was a busy month on the Eurozone economic calendar. While the numbers continue to reflect a bad economic environment, statistics have shown that economies saw the worst in April.

Important statistics for the month include April and April finals, private sector PMIs and consumer and business confidence.

Eurozone PMI figures rose from 13.6 to 30.5 in May, according to preliminary data.

According to the May preliminary survey:

The composite output index increased from 13.6 to a 3-month high of 30.5.
Services and manufacturing activities recorded high levels of 3 and 2 months, respectively.
While the service sector contracted at a slower pace, it was still the third largest drop on record. Social containment and containment measures continue to weigh on businesses including hotels, restaurants and tourism.
Employment continues to be cut at an unprecedented pace, with both sectors contributing.
Capital inflow of new businesses decreased to the 3rd largest ever recorded. Even so, the smallest decline in new business in 3 months indicates that the recession has bottomed out.
The bottom line is that April has bottomed out and economic activity will increase as economies reopen.

Therefore, consumer and business confidence is improved, thanks to the easing of lockout measures. However, there was no major recovery, as labor market conditions were still a concern of member states.

The ZEW economic sentiment index for Eurozone has increased from 25.2 to 46.0 in May. In contrast, flash consumer confidence index increased slightly in May, up from -22.0 to -18.8.

While markets have been able to get rid of particularly terrible GDP numbers, they are worth highlighting.

Although there are many influences from private sector PMIs, it is the number of labor markets that have attracted the greatest attention.

The unprecedented increase in weekly unemployment benefits applications weighed on the risk appetite at the beginning of the month. However, a downward trend at the end of the month provided support, however, despite complaints that continued to reach the 2m mark.

However, it was another story in May, with market expectations of 750 billion euros, combined with the EU Budget also announced in the last week of supply in excess of 2 million euros to support recovery. economy.

More than 60% of the € 820 Revocation Fund will be provided as grants, with the remainder being payable loans.

The two continue to paint a gloomy picture of the economic outlook, with ECB Lagarde indicating that the economic crisis may be close to the worst case scenario of the ECB.

For DAX: It's a mixed month for the automotive sector. Continental increased by 15.47% to lead, and Volkswagen and Daimler increased by 4.13% and 6.50% respectively. BMW has caught up with the trend, however, with a loss of 1.81%.

It was also a month of price increases for banks. Deutsche Bank increased by 12.13% after an increase of 16.35% from April, while Commerzbank had a modest increase of more than 3.76%.

From CAC, it's another mixed month for the banking industry. BNP Paribas and Credit Agricole increased by 12.52% and 7.42% respectively. Soc Gen created the trend for the 2nd month with a 7.22% decline.

It was also a mixed month for the automotive sector in May. Peugeot decreased by 1.99%, while Renault increased by 11.54%. The 17.17% increase in the final week has brought the advantage, thereby making plans for Nissan and Renault to strengthen the relationship.

However, Air France-KLM and Airbus SE were red in the second month, with losses respectively 12.57% and 2.04%.

On the VIX index

In May, market fears continued to fade, with VIX down 19.44%. After sliding 36.22% in April, VIX ended the month at 27.5. VIX saw 4 consecutive months in green before the reversal began in April.

For NASDAQ, the 6.75% increase has completed the current year's recovery, with the index increasing 5.76% from the beginning of the year until now. However, the Dow and S&P500 still have some ways to go, with the pair falling 11.06% and 5.77% respectively.

By May, experts had found support from further easing of lockout measures. It's a simple sailboat, however, with geopolitics and some pretty terrible economic data testing the market for the month.

It's another busy month on the Eurozone economic calendar.

Although we have viewed PMIs and consumer and business beliefs as the main drivers, May and June statistics will have a significant impact.

Markets will need to see improved employment conditions and increased trust between businesses and consumers.

For the June PMIs, the retraction from May's final figures due to be expected next week will be a test for the industry.

This will support a consumer adoption to promote a service sector that promotes economic recovery. It is worth noting that, before the COVID-19 pandemic, the ECB was gearing towards services and consumer spending to support the economy. We can expect this to continue.

On monetary policy, the ECB will need to continue securing support on Thursday. Perhaps even more significantly, however, will be Brussels's progress to scatter the money from the COVID-19 recovery fund.

From other places, expect statistics from the United States and China will also attract a lot of attention.

Geopolitical risks are also likely to remain the main driver, however, with tensions between the United States and China unlikely to ease anytime soon. We can even see the markets starting to look into the US Presidential Election.

With regard to COVID-19, the downward trend in new cases will need to maintain to the point where there are no new cases. Advances in vaccines will also support a more pronounced reception in economic activity that will support risky assets.