Downtown core real estate (CBD) is waiting for a new rise in value when Metro Line 1 comes online in 2021.

Along with that, Metro Line 2 Ben Thanh - Tham Luong is also speeding up, completing the work of compensation, site clearance, setting the target to start construction by the end of 2020 and a series of other works to help to establish and enhance the stature of an area that represents the vibrant rhythm of Saigon.

Infrastructure creates a new look in the center area

Currently, the construction of Metro Line 1 reaches nearly 76% of the volume, according to the HCMC Urban Railway Management Board. In which, the two bidding packages for the underground section from Ben Thanh station to Theatre City station and the underground section from Theater City station to Ba Son station reached nearly 74% and more than 86% respectively. The package of overhead and depot segment also reached nearly 86%. The city sets a target by the end of this year, the project will reach 85% of the volume and put into operation by the end of 2021. 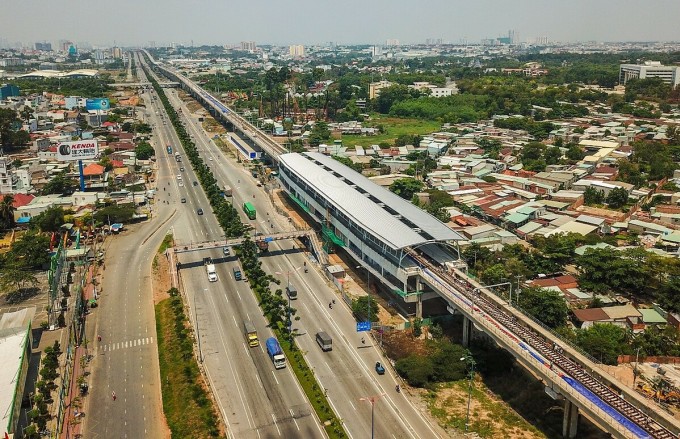 Meanwhile, Ben Thanh underground commercial center below Quach Thi Trang square and along Le Loi Street, District 1 is expected to be completed at the same time as Metro No. 1. With an investment of more than 6,800 billion , the project has a scale of about 45,000 m2, including the area of ​​shops and commercial areas of 18,100 m2, corridor and underground square 21,500 m2. This commercial center will connect with the urban space of surrounding roads such as Le Loi, Ham Nghi, Dong Khoi, Nguyen Hue and neighboring buildings, establish an uninterrupted chain of international trade streets, promote high quality service in the central area. 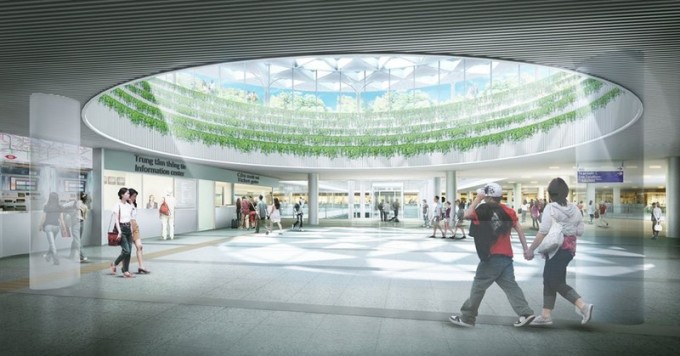 Adjacent to Metro No. 1, the project to re-establish the 1,300-square-meter Lam Son park is also expected to be completed soon after 6 years of being fenced to make Metro No. 1. This will be a place to organize cultural activities, entertaining for the people of the city, creating a green array in front of the theater with the highlight of the park axis connecting land traffic and the buffer to Nguyen Hue street.

On the other hand, Thu Thiem 2 bridge scheduled for completion by the end of this year is also a special grade project of Ho Chi Minh City, connecting District 1 and 2, 1.4 km long with 6 lanes. All key projects, when completed, will create a new look for the central area while increasing inter-regional connections between the core area and strongly developing areas such as the East of Saigon.

The city's determination to accelerate the progress of special projects of the city gives "new life" to the central real estate. As an area that is said to have exhausted its land fund, core zone real estate possesses an "invaluable" value system in terms of location, connection and chain of commercial, service, art and cultural utilities ... .

Mr. Tran Trong Hung (District 3, Ho Chi Minh City) said that he is a Saigonese who owns a villa in the old villa area in District 3 and is considering investing in The Grand Manhattan apartment right in front of Co Giang street. District 1, just 5 minutes walk from Metro. Intangible values ​​coming from the adjacent location to the city's heritage works are also the motivation for him to own an apartment developed by Novaland in this "expensive" area.

Owning The Grand Manhattan apartment in particular or real estate in District 1 in general, means that buyers only take a few minutes to move to the center of Metro lines, easy access to the chain of continuous shopping centers. city, well connected to the famous boulevards of the central area and the rapidly developing urban area across Saigon.

The "intangible" value of the project also comes from the quality of life, which is confirmed by the quality of the apartment, the luxury facilities set up in the podium and all the external amenities are almost embraced within radius 1. kilometer. 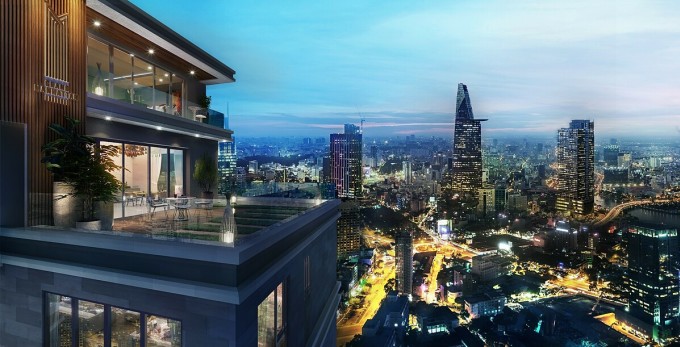 Representatives of Novaland said, with two prime facades at the central core of District 1 with the same scale of up to 14,000 m2, the project development process faces great challenges when creating an unmatched iconic project. with the value of the core zone, but also contributes to the embellishment of this area.

"With the strength of its 'diamond' position, The Grand Manhhattan is the connecting center of the adjacent financial street, with a system of high-end utility services in the city center. The project also inherits the belt. High security of the central area, to meet the needs of the elite community in the future, "said the Novaland representative.

That is also the reason the project is cared for by every detail and viewed as a symbol of a new quality of life. The Grand Manhattan brings elements to meet the most demanding needs of customers, especially in terms of design, interior space and convenience. Novaland spends nearly 4,200 m2 for the internal park, providing an airy living space, green nature in District 1. This group also brings the 5-star brand name Avani Saigon to the project, contributing to increase the value. product when present 5 star hotel brand famous in the world.

"Owning The Grand Manhattan apartment in the context of a limited central land fund helps ensure the added value of products in the future, when there are almost no projects with similar beautiful locations", the investor Tran Trong Hung said.

An expert from CBRE Vietnam said that in the next 10 years, luxury home prices in the Vietnamese market may increase dramatically and reach $ 35,000 per square meter. This is a special housing segment serving only a few groups of super rich customers. In fact, the current average price is over $ 6,000 per square meter and the highest price area in this segment has appeared as a luxury apartment approaching 10,000-15,000 USD per m2.