It was a busy week ahead. Central banks are active and China will be in retaliation. Then there are the stats to start tracking one more time

It was a busy week ahead of the economic calendar, with 60 indices focusing on the week ending June 5. Last week, 58 indicators were also concentrated.

Meanwhile, another busy week is ahead on the economic data front. However, some data will attract more attention than others.

It is hoped that non-production PMI will have a bigger impact. The lockout measures have been decreasing throughout the month, what does this mean for the service and consumer industries?

At a minimum, the decline in output is slower and there is a need for recruiting.

On Wednesday, ADP's non-farm employment change data for May will also draw attention.

However, the continuous increase in unemployment benefits applications will paralyze the impact of another decline

During the second half of the week, weekly unemployment requirements and non-farm payroll data will be concentrated. The sharp drop in the number of weekly complaints will reduce the shocking factor that the number of Friday's labor markets will probably provide.

The big question is whether the market can swallow the unemployment rate of 20%? 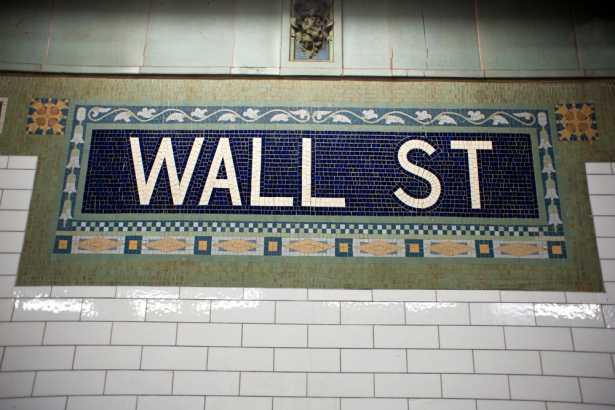 It is another busy week on the economic data front.

The private sector PMIs may be concentrated until the first half of the week. Service industry activity in Spain and Italy will need to see a marked slowdown in the rate of contraction.

It is also necessary to revise the PMIs of the French, German and Eurozone regions.

The weak numbers will raise questions about the market's optimistic view that the economy has bottomed out in April.

On Wednesday, Germany's employment figures for May will also have some impact.

The focus then shifted to ECB monetary policy decisions on Thursday. Will the ECB stand up despite the bad economic outlook?

Hopefully the press conference will have the greatest impact. Of course, it is assumed that there are not any unexpected moves

On Friday, markets are likely to get rid of April factory order figures from Germany.

We have moved beyond the blight and gloom of April and are currently seeking stability in May and June.

It was a relatively busy week on the economic calendar.

Private sector PMIs completed for May will be available Monday and Wednesday. Upward versions will give Pound some support, though most will depend on the news wire.

On Thursday, PMI construction in May will also gain some benefits.

Far from the economic calendar, however, we are now in June. It was 30 days before Johnson Johnson's deadline for the Brexit blueprint to take place

Expect a lot of gossip. Markets will also want to see a more significant easing than lockout measures. We may also have some solid days during the Johnson - Trump trade summit

It was a relatively busy week on the economic calendar.

In the first half of the week, BoC's interest rate decision will be the main event. A bleak economic outlook suggests that BoC will need to maintain its peaceful stance.

However, they could not provide further relaxation. Members will want to assess the impact of both monetary and fiscal policy support before making any further moves.

During the second half of the week, the focus will then shift to April trade data on Thursday. However, Don Tiet is expecting too much on the numbers, however, with May May and PMI Ivey making on Friday much more significant.

Any risky aversion from Trump's moves against China on Friday would be negative Loonie.

For the Australian dollar:

It's a busy week ahead for Australian Dollars.

Key statistics include Q1 GDP in retail and retail sales on Wednesday and April on Thursday.

However, we do not expect too many drawbacks to respond to the numbers. RBA is expecting a clear contraction until the end of the second quarter before the economic recovery begins.

The figures will give the market an idea of ​​how bad things are, however, this will put pressure on the Australian Dollar.

In terms of monetary policy, the RBA operates on Tuesday, which is the main event of the week.

Despite the readiness to continue to relax, there are probably no moves this month.

From elsewhere, the PMI out of China, COVID-19 news and geopolitics will also have material impact.

For the Kiwi dollar:

It was a particularly quiet week ahead on the economic data front. The data agreed to build in April will be announced on Tuesday which will have a muted impact on Kiwi.

Next week, market sentiment for economic and geopolitical prospects will have the greatest impact.

Expect PMIs from key economies, COVID-19 news and conversation from Beijing and Washington to be the main focus areas.

It's a relatively quiet week on the economic data front.

In the first half of the week, the PMIs completed the private sector PMIs. Any downward revision will check Yen's support before household spending figures in April on Friday.

We do not expect anything other than a reduction in spending. Japan was in a state of emergency in April.

It's a relatively quiet week on the economic data front. Key statistics include the preferred Caixin private sector PMI of the market in May.

Hopefully the numbers will influence the risk sentiment, though most will depend on US-China tensions. China's response to Trump's moves in advance since Friday will be key.

Any reception in private sector operations could be considered short term as the United States imposes greater restrictions on Chinse companies. There are also sanctions and marked changes in US relations with the US for consideration.

Discussions about the Brexit Summit will not appease those who panic about a hard Brexit. A US-UK trade deal will ease the pain, but even that doesn't seem to happen in the short term.

Updated from the intentions of the UK government, visual negotiations will be key. Johnson was clear about his intention to leave if the Brexit plan was not implemented by the end of June. Only 30 days left. Will Johnson call for an extension of the transition period? He still hasn't back down from any promises

It becomes ever more precarious than for the President of the United States, who continues to distract US voters.

Last week, the United States ended its relationship with WHO and responded to China's security laws for HK.

Trump has retained the first-stage trade deal, however, this will be an attempt to push China into a breach.

With protests rocking the United States over the weekend, the US president will be in hand next week.

It's hard for Beijing to sit back, which will lead U.S. tech companies and farmers to take part in Chinese attractions. That might even test companies' willingness to begin recovery

In general, we can start to hear an election conversation that can question Mr. Trump's opportunity during term 2.

As loosening measures continue throughout the EU and the United States, we now need to monitor new coronavirus cases.
If a second pandemic occurs in respective economies and an increase in new cases will begin to appear.

From a market perspective, there are 3 main considerations that remain:

Progress was made with the treatment drug and the COVID-19 vaccine.
The downward trend in new coronavirus cases continues.
The government continues to make progress by easing lockout measures.
At the time of writing, the total number of coronaviruses stood at 6,150,262.