The first time a major US bank has a female CEO

The decision to choose Jane Fraser as CEO of Citigroup yesterday (September 10) has gone down in the history of the US banking industry.

Fraser currently heads Citi's retail banking business. She will take over as CEO Citigroup in February 2021, replacing CEO Michael Corbat when he plans to retire after 37 years here.

"I have worked with Jane for many years and am very proud that she succeeded me," Corbat said in a statement, "With her leadership, experience and value, I know Jane will be. an excellent CEO ". 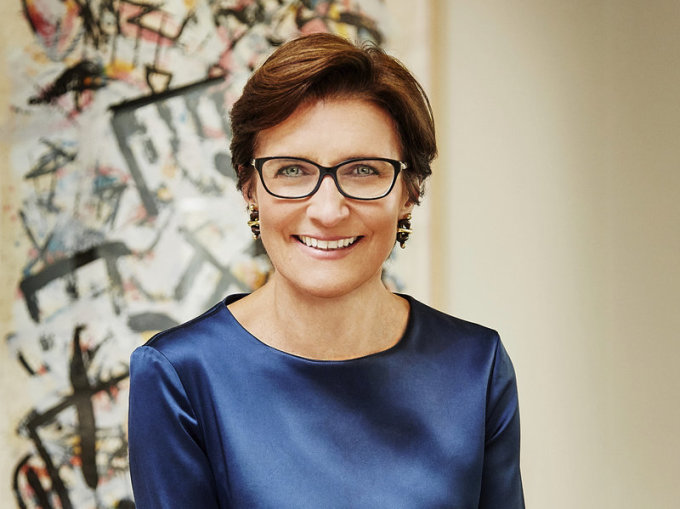 Jane Fraser is selected as the next CEO of Citigroup. Photo: Citigroup

Corbat was the man who stabilized Citi after the financial crisis. And Fraser will be responsible for bringing one of America's largest banks through this period of economic turmoil. Even the largest banks in the United States could not escape the influence of Covid-19, when in turn reported a sharp drop in profits due to the wave of defaults during the pandemic.

Citigroup's selection of female CEOs is considered "a breakthrough at Wall Street, the finance and banking industry", said Mike Mayo, an analyst at Wells Fargo, said: "Citigroup has diversified in the top leadership class. , in the context of the US calling for gender equality. Today's work has made history. "

Fraser has worked for 16 years at Citigroup. She was rated as a bright successor in October last year, after being promoted by Citi to the leadership position.

"I am delighted with the board's decision. Thank you Mike for his leadership and support," said Fraser in a statement, "Citi is an amazing organization with a history of self-respect. I am very excited to write the next chapter for the company together with my colleagues. "

Over time, many women around the world have been appointed to leadership roles in the financial industry. Sallie Krawcheck was a senior leader at Citi and Bank of America in the 2008 crisis. Marianne Lake was CFO JPMorgan Chase in 2012. In 2011, Beth Mooney took over KeyCorp, becoming the first female CEO of a bank in the top 20. in America.

The Chair of the US Federal Reserve (Fed) also belonged to Ms. Janet Yellen from 2014 to 2018. And Ms. Christine Lagarde is currently the President of the European Central Bank (ECB).